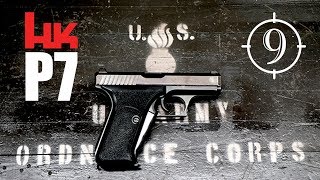 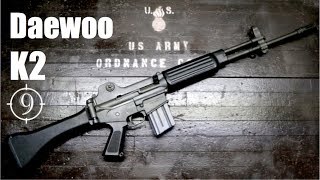 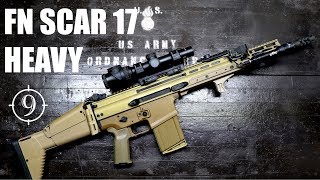 When South Korea needed it's own service rifle in the 1970's, they came up with one of the best Cold War designs. SPOILER ALERT: it's reliable, quick, compact, and accurate... if you use the correct ammo.

Daewoo 5.56 K2 Do Everything Manual

This video's narration by Henry Chan

The Korean Peninsula is currently still one of the most volatile locations in the world… and if war were to break out in this area, you would likely see a lot of K2’s…

The Koreans made arguably one of the best pre-global war on terror rifles that hardly anyone knows about.

The K2 is an M16 and an AK blended together with some characteristics of an FN FAL, FNC and proprietary design parts.

The rifle was initially developed because the South Koreans were paying too much on Colt’s licensing for the M16A1, which they adapted in 1972

Prior to that, the South Koreans were using M1 Garands and M1 Carbines legacy rifles from the 50’s.

The idea behind the K2 was to combine the best characteristics of the different weapon systems, and pay a whole lot less money than the Colt.

And they succeeded. 40 years before the U.S. Socom had FN Herstal develop the SCAR, the Koreans came up with the K2 with an AK gas system, an FN-styled gas regulator and piston, driving an M16 styled bolt, using existing M16 magazines, and M249 styled rear sights, and FN FAL para styled stock folding hinge.

The K2 worked so well, that the Koreans are still using the original design that they débuted in 1984.

These rifles were imported up until 1994 when the Assault Weapons import ban took place, and then the thumbhole versions (DR200) took the K2’s place.

We were lucky enough to get our hands on a very early import K2 to do a 9-Hole Review.

We took it to the 100 yard range with a few types of ammunition, then we shot it at 358 yards to see how well the battle sights compensated for bullet drop, and finally put the rifle in the hands of Josh, a USPSA grand master class shooter, to see how the rifle handled up close.

We were quite disappointed to see that the grouping size nearly maxed out my calipers at 5.8 inches.

Then we loaded up some 77 grain IMI Razor Core match ammo.

Now this was surprising. We shot at this target twice, when the first 9 shots didn’t even register on the paper.

Upon the second shot, we realized that the bullets were badly tumbling and key-holing.

This early import version of the K2 was apparently fitted with a 1:12 inch twist barrel, rather than the Korean mil-spec 1:7.3 inch twist.

This is dependent on the weight and length of the bullet.

One of the tumbling rounds actually impacted the metal railing and fragmented here, and you can see the fragmentation all over the target.

Unsatisfied with these results, we returned to the range a second time with some Swiss Geco 55gr ammo and re-shot our target… with much satisfaction. This rifle grouped 2.7 inches at 100 yards with the obviously more accurate Swiss ammunition.

At 358 yards, we rotated the rear sights to the 300m position and aimed at the top end of the target. Despite the thick front sight posts, we were able to easily hit the target. Very impressive.

Later on, Josh took charge of the rifle and quickly found out that the K2 does in fact have a learning curve,

most North American shooters are used to either the AR15 or AK47 manual of arms, and the rifle calls for the shooter to manipulate the AR15 magazine loading procedures with the AK-styled port-mounted charging handle.

With the rifle in hand, josh was able to dispatch 55grain projectiles very quickly, and hit mostly Alpha and some Charlie zones in his USPSA targets.

We should note that the recoil impulse doesn’t feel like an AK, neither does it feel like an M16. It’s gentle row, rather than an M4’s pop and much tighter than the AK47.

However we are splitting hairs, as the 5.56 caliber hardly generates much recoil in the first place.

The caliber and M16 magazines are exchangeable with NATO standardized weapons, and the drop free magazines are easier to run than the AK magazine latch.

The safety actually rotates 360 degrees around; and did take us some time to get used to, as the semi position for this version was the M16’s burst or auto position.

The FAL folding stock was reliable, and the sights were easily adjustable. The front sights are permanently fixed, so it’s harder for the conscripted soldier to break.

Cleaning is an easy task. The rifle disassembles initially like an AK, by depressing the recoil spring latch, but then hinges open like an M16.

An interesting note is that despite the M16 style bolt, the rifle actually uses a fixed ejector, and when firing the cartridges we noticed that the ejection pattern mimics the AK rather the M16.

All in all, we are impressed that the South Koreans were able to develop a Korean SCAR concept rifle, more than 40 years before SOCOM solicited Colt or FN to what would turn into the SCAR… and we are also perplexed that more people don’t know about the design before.

Thank you again for tuning into 9 Hole Reviews.

Although we hope that war never breaks out in the Korean Peninsula, the next time you see footage of a ROK soldier on the DMZ with a K2, we hope you think of the ingenuity and engineering that went behind that interesting piece of weapons development!

Until then, we’ll see you on the range!